They call them the “boys of summer,” but in truth, the young men who suit up for the Tennessee Smokies provide locals and visitors alike with professional baseball action through almost two full seasons, making them one of the biggest annual attractions in the area.

The Smokies are the AA minor league affiliate of the Chicago Cubs (as in 2016 World Series Champions), and they play half their 80-game schedule at Smokies Stadium, which is located just off Interstate 40 at Exit 407. The ballpark seats more than 6,400 fans, and it’s an electric atmosphere when the boys are playing a home game and the seats are packed from April into early September. 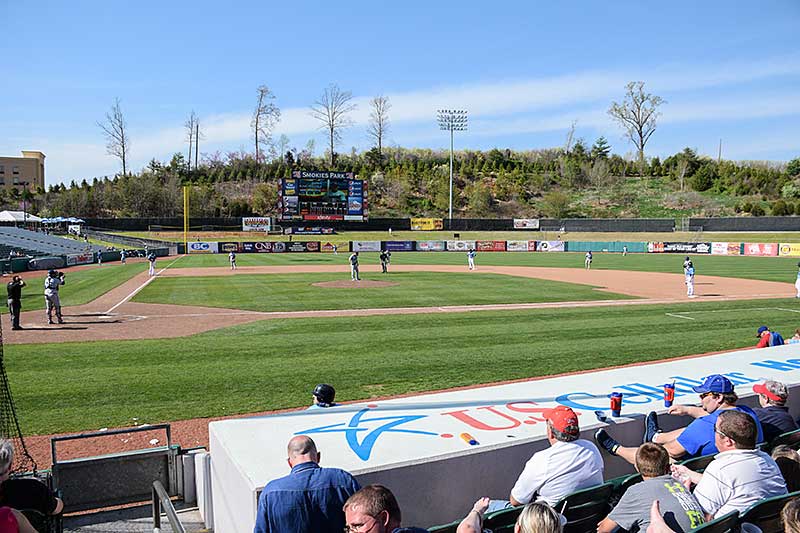 The team itself has historically been competitive in the Southern League division in which it plays, but the nightly promotions and game-time events always make each match-up a great time for fans of all ages. For example, in years past, the first 1,000 fans through the gates have received items like bobbleheads, magnet schedules, Rally Llama towels, Smokies blankets and dog calendars just for showing up early.

Special themed nights also tend to bring out the crowds (and their costumes), including Superhero Night, Monsters and Princesses Night, Harry Potter Night and more, with giveaways ranging from chocolate bars to water bottles. Probably one of the most popular nights is Fireworks Fridays (and Saturdays), when each game is followed by a dazzling outfield fireworks presentation set to a music soundtrack.

Of course, during each game, the fans get to be involved in the action as well, as the team’s promotional staff stages trivia competitions, on-field races, prize giveaways and more to help keep crowds entertained between innings. All this fan attention certainly seems to be working, because as recently as 2015, Smokies Stadium was still setting attendance records, even though the facility has been open since 2000.

Speaking of facilities, the stadium itself is very fan-friendly, featuring multiple concession areas (everything from nachos and popcorn to pizza and peanuts), restrooms, a kids’ play zone in the right field corner, merch shop and even an area visitor center, where people passing through town can pick up a lot of useful information about the national park and its nearby communities.

There’s even a full-service restaurant on site, Calhoun’s At The Yard, which overlooks the action from the left field corner. It’s a great place to take in the game, and for a fixed ticket price of $29, guests can enjoy a buffet of Calhoun’s dishes like smoked pork barbecue, hot dogs, sides and cookies.

During games, the intimate nature of the stadium puts fans close to the action, whether they’re sitting in reserved seats behind home plate or on the general admission bench seats in the outfield. And no matter where you are, you can always get a good look at the game on the giant video-screen scoreboard beyond the outfield wall.

Smokies games are also a good vacation value. Parking is reasonably priced, as are game tickets, so you can take the whole family out to the ballpark and enjoy what the team calls a “nine-inning vacation” without breaking your budget. 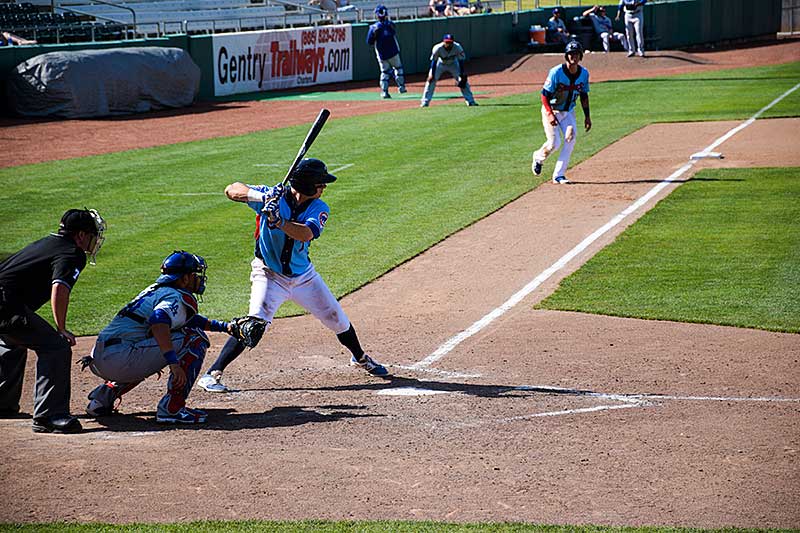